Today's blog is all about author, Katy Koontz. She has a fabulous new children's book titled, The Banana Police. I'll let her tell you more.

A bit about Katy and her published works

I’m one of those unusual people who ended up being exactly what she wanted to be—a writer. As a freelancer, I’ve published articles in many magazines and newspapers (Reader's Digest, Health, Parenting, National Geographic Traveler, The New York Times, The Washington Post, and Woman’s Day, among them). I’m also the author of a travel guidebook called Family Fun in the Smokies: A Family-Friendly Guide to the Great Smoky Mountains (published by the Great Smoky Mountains Association earlier this year) and Smoky Mountain Travel Guide (a Sutro Media travel app for smartphones that was also released this year). But when I was a little girl, growing up outside of Philadelphia, my dreams about being a writer were all about authoring children’s books. So now that my children’s picture book, The Banana Police, has been published, I finally became a success from the perspective of my peanut-butter-and-jelly-age self.  (I love that!)

My latest book is The Banana Police, a children’s picture book written by me and illustrated by Kelsey C. Roy. It takes place in a sweet little jungle town where people happily co-exist with elephants—until the townspeople become increasingly annoyed with their lovable, lumpy, neighbors. After all, the elephants snore loudly, hog the best seats at the movies, and block all the aisles in the supermarket. Who needs that? When Mayor McFroontz calls on the Elephant Police to devise a clever scheme to get the elephants to leave, the town ends up buried in all the extra bananas the beasts usually eat. The Mayor then calls on the Banana Police to deal with the bananas, but it’s the townspeople themselves who (burp!) finally get rid of them. Everyone ends up learning—immediately, if not sooner, as the Mayor is known to say—just how vital those pesky pachyderms really are. (Sounds like such a FUN and ENLIGHTENING read.)

Katy's inspiration for The Banana Police

I wrote The Banana Police for my daughter, Sam, when she was a newborn. I’ve always been a writer, although I make my living writing and editing non-fiction. But when I had Sam, I thought it might be fun to write some silly stories for her. When I was a child, I wrote stories all the time, and I even wrote a song called “Elephant Banana” for my stuffed elephant PJs to sing. So when I sat down to write something for my daughter, that song came to mind, and it got me to thinking about elephants and bananas. And then The Banana Police just tumbled out of my imagination almost all on its own.

I think part of the reason for that was that I wasn’t writing for anyone else—it was just a fun thing I wanted to do because I was so excited to have this beautiful little baby girl. I had no pressure to write, and I doubt very much that my newborn had any expectations! (If she did, she certainly kept them to herself!) I read it to Sam several times when she was small, and I even read it to her kindergarten class once. But I didn’t decide to try to publish it until 2007, when Sam was 14 and in her last year of middle school. I did some more tweaking here and there, but essentially, the tale is much the same way that it originally came to me.
Why readers will love The Banana Police

First of all, it’s a sweet story with lots of colorful characters, including resident elephants, a wacky mayor, and creative townspeople who work together to solve a problem. But what really makes this story shine is that the unspoken message is about the value of peaceful co-existence and cooperation between inherently different groups—in this case, the elephants and the townspeople. There’s not a preachy word in The Banana Police, and yet my hope is that this underlying message will inspire the next generation to do a better job of getting along with one another than we’ve been able to do.

Authors who have inspired Katy

The classic children’s storybooks inspire me the most, because they bring up memories of what it was like to read those stories as a child. And they’re rich memories, indeed. Some of my favorite books growing up were A.A. Milne’s Winnie-the-Pooh and The House at Pooh Corner as well as Lewis Carroll’s Alice in Wonderland and Through the Looking Glass. I still have a quote from Eeyore (via A. A. Milne) taped to my desk lamp, and I am very fond of quoting Lewis Carroll’s characters. I also loved Mary Poppins by P.L. Travers, the Miss Pickerell series by Ellen MacGregor, the many animal stories of Beatrix Potter, and the Dr. Doolittle books by Hugh Lofting.

Her advice for less seasoned writers (Completely great by the way)

Keep at it. Don’t get discouraged by the difficulty of getting published, or at least try not to park yourself in that negative space too often. The less pressure you put on yourself, the better, because the more fun you have with your writing, the more engaging your stories will be.

Interesting story about the illustrator, Kelsey C. Roy (Who just so happens to be illustrating my picture book at the moment. I had not heard this story. Totally cool to find out.)

With a picture book, the illustrations are just as important as the text. I really got lucky when a young artist named Kelsey C. Roy agreed to bring The Banana Police to life. And how we found each other is a fun story. Normally, the publisher finds the illustrator, but in this case, my daughter Sam played a key role. Kelsey spoke at Sam’s high school during Sam’s senior year, and although Sam is generally hard to impress, she came home raving about how cool Kelsey was. When Sam suggested that I consider asking Kelsey to be my illustrator, I checked out the artwork on her website and instantly knew this was exactly the look I wanted for The Banana Police. Fortunately, my publisher Willow Moon agreed. And when I contacted Kelsey, she loved the story and got ideas almost instantly. Her illustrations are whimsical, humorous, and creative—with just the right amount of silly mixed in. She’s done a brilliant job. 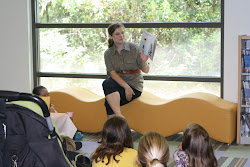 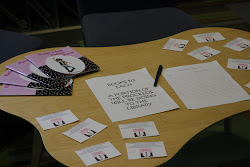